Is Syed Saddiq Your Choice for 'Young Politician of the Year'?

Former youth and sports minister Syed Saddiq has been shortlisted for the 'One Young World Politician of the Year' award by a global forum for young leaders One Young World.

The Munich-based organisation, which has delegates from more than 190 countries, commended Syed Saddiq for his initiative, the Yellow R Project, which served to enhance the employment chances of young ex-convicts.

It said the candidates in the shortlist were notable for "the considerable impact they have made to politics."

"As Minister of Youth and Sports, he (Syed Saddiq) initiated the Yellow R Project (Projek Reben Kuning) aimed at giving second chances at employment to young ex-convicts," according to the statement.

"The One Young World Politician of the Year Award recognizes 5 of the world's most outstanding politicians between the ages of 18-35, who are using their positions to have a positive impact on young people in their communities and countries."

"Through their important work, these candidates highlight the benefit of including young people in politics," it said on its website.

The final five winners will be announced in mid-July and will be presented with their award at the One Young World 2021 Summit in Munich, Germany.

"I would like to thank my 'family' at the Youth and Sports Ministry," said Syed Saddiq. 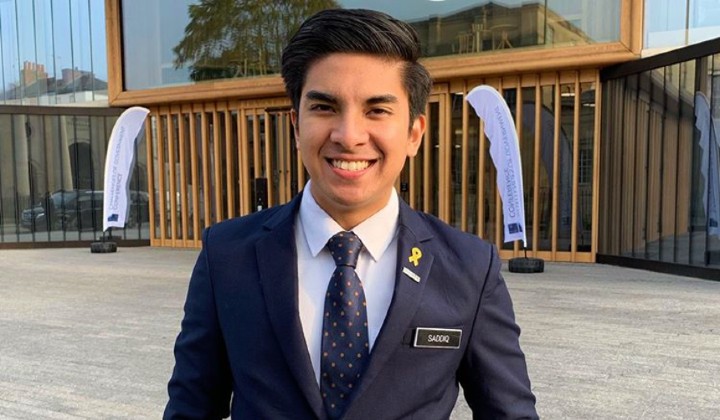 "When we worked together, the Sports and Youth Ministry created the initiative of the Yellow R Project, which managed to offer more than 1,583 jobs to youths with risks and former convicts as a second opportunity in their lives," he added.

"To the youths out there, I am confident that you are the future. Believe that all the time and efforts you put in for the country will bear fruit."