More Malaysians are Losing Jobs and Suffering from Economic Crisis due to the MCO.

In a survey with over 168,000 respondents, the Department of Statistics reported that almost half of self-employed Malaysians had lost their jobs due to the MCO.

The report, which was published yesterday, 9 APR 2020, noted that the following:

This is a drastic difference when compared with other groups of people who had savings of more than a month of expenses:

The survey, aptly named Effect of COVID-19 on the Economy and Individual, was conducted online between 23 - 31 MAR 2020 on Malaysians aged 15 and above. 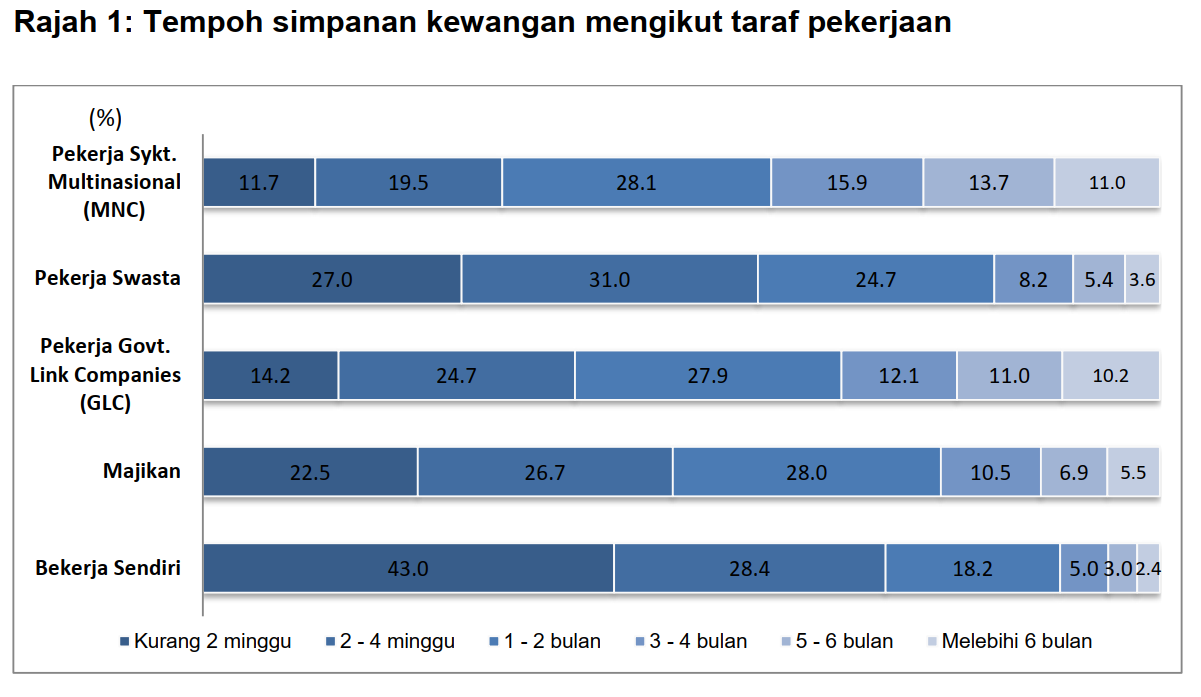 The survey's findings highlighted that the agriculture and services sectors had the highest percentage of job losses as compared to other sectors. 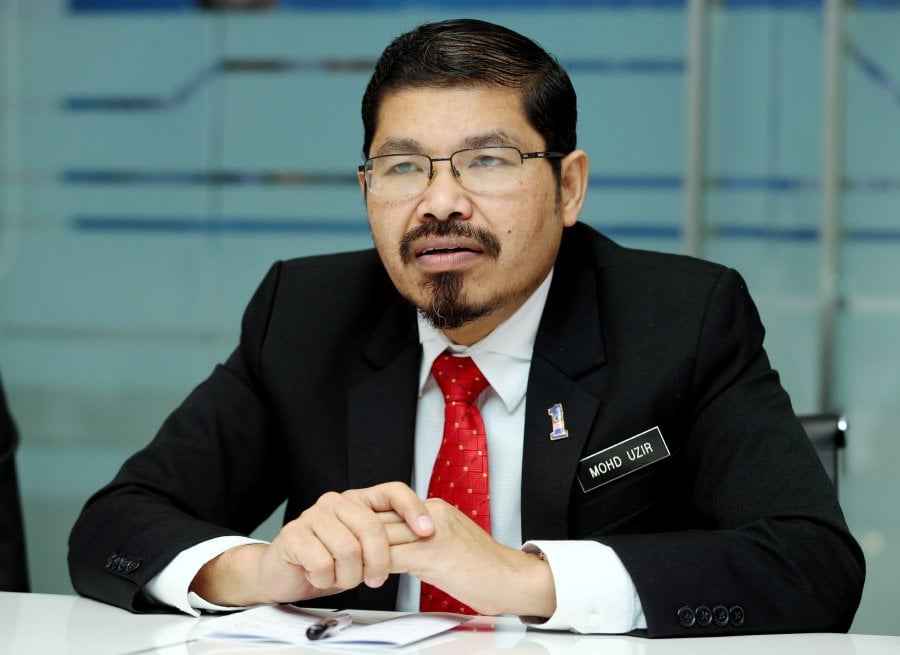 "In the services sector, job losses were in the Food and Beverage Services sub-sector recording 35.4%, followed by the Transport and Storage sub-sector with 18.7%." 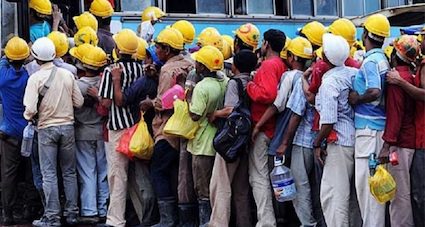 A vast majority of MNC and GLC employees were working from home. 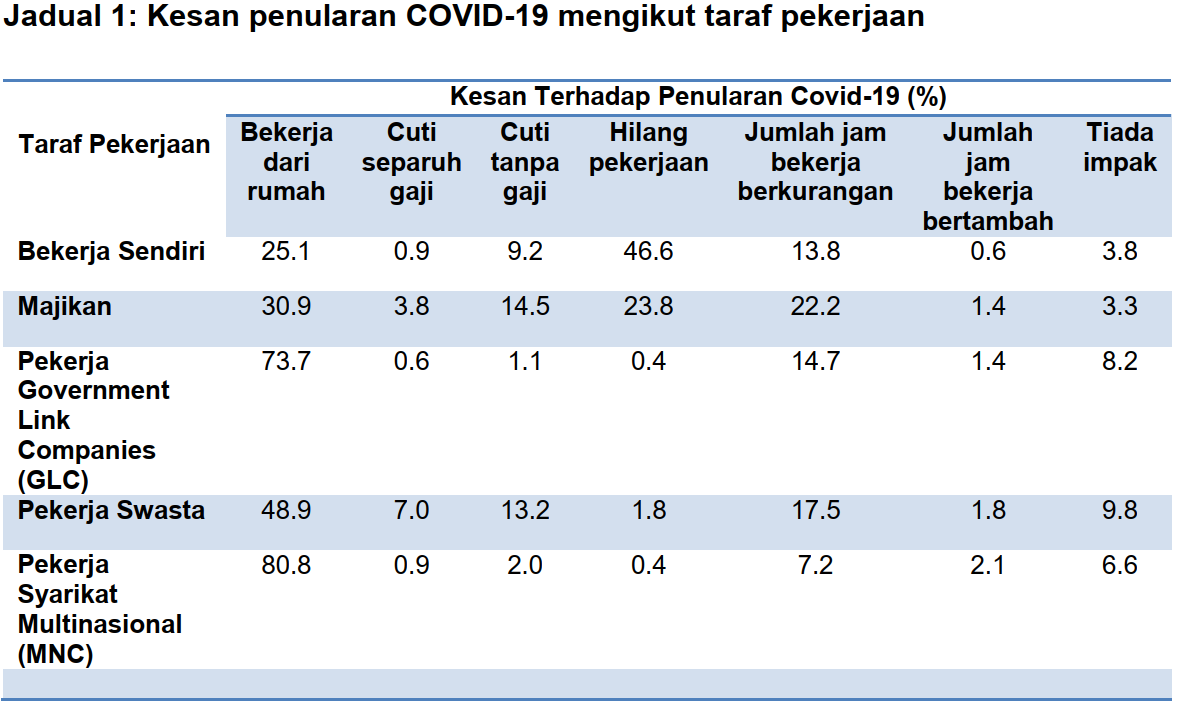 A striking 13.2% of private sector employees were told to take unpaid leave, however, the group also reported the highest for having "no impact" due to the MCO.

Employers reported the highest for taking unpaid leave at 14.5%.

Additionally, only GLC and MNC employees reported that the majority of them were financially ready to face an extension of the MCO. 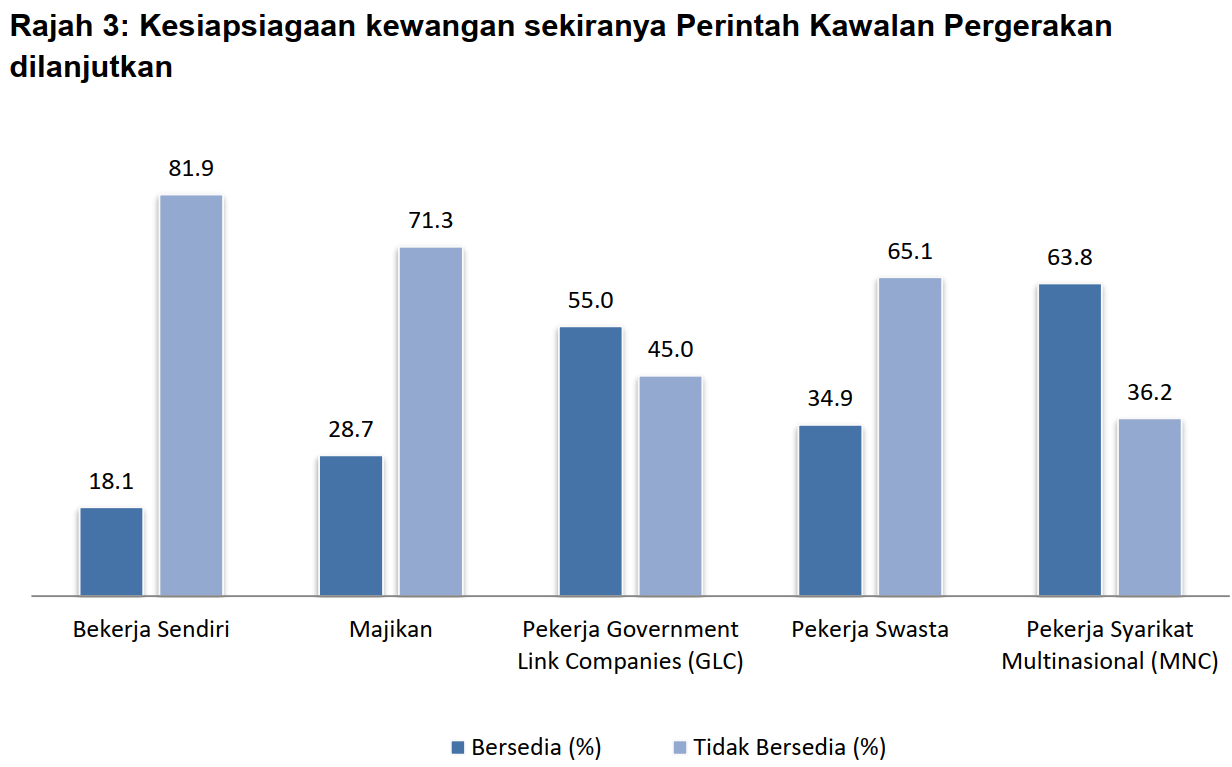 Self-employed (81.9%), employers (71.3%), and private sector employees (65.1%) reported that they were not financially prepared if there is an extension of the MCO.

The findings here show a similar trend with the amount of savings they had as mentioned earlier, except for employers - 50% of them reported having savings of more than one month... but 71% of them reported not ready to face a MCO extension.

You can read the full report HERE.