Has Dr.M Found Himself a New Love??

We're all practically raised with movies hinting that the future would bring us a speaking human-like robot, but we'd mostly just brush it off as "eh, just movie la...won't happen lo...".

Truly, the Future is NOW.

I doubt 94-year-old Dr.M would've ever thought that he'd live to see the day that he'd come face to face with an actual Artificial Intelligence robot, and now he even got to talk to one!

The prime minister was left gobsmacked when Sophia (the A.I.) spoke, “I am beyond excited to meet you. Not many people get to schmooze with the Prime Minister when they visit Malaysia.”

“I hope it is not too late to congratulate you for your re-election and wish you for your 94th birthday. If only I had remembered to bring a present. I will sketch a portrait of you," Sophia added. 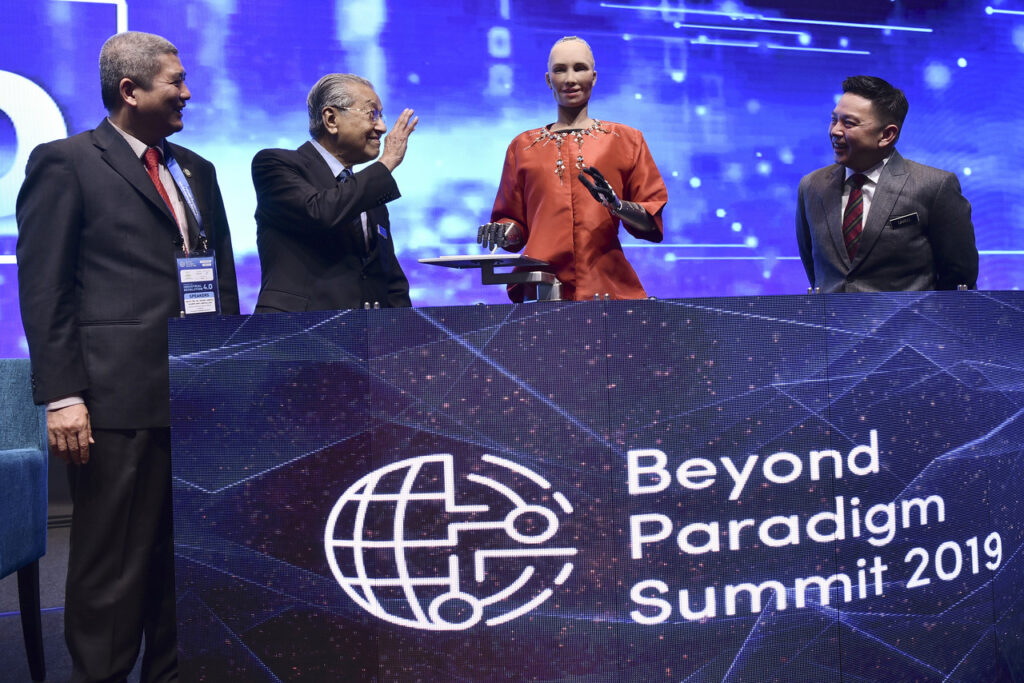 Hmm I wonder...do you think Dr. M would hire Sophia as his personal aid?