During an Arnold Classic Africa sporting event at the Sandton Convention Centre in Johannesburg, South Africa, some lunatic thought it would be a good idea to stupidly give the former Governer of California a flying kick to the back.

Arnold is fine though, as he was seen walking out of the convention centre moments later after the incident. 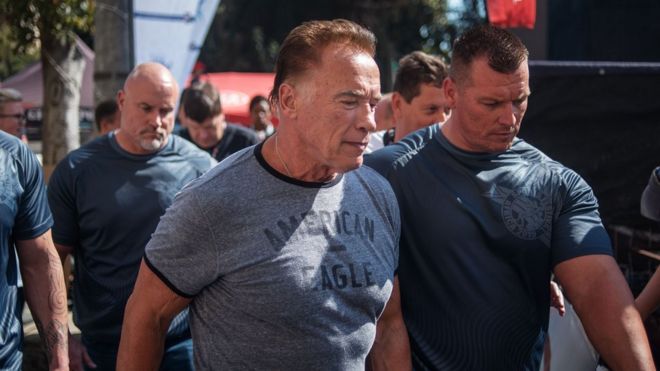 Not bad for a 71-year-old man eh? I think if someone ran and gave us a flying kick, we'd be gliding on the ground  with that force -- but not for the King of Bodybuilding.

You can't take down the Terminator, you doink!

Arnold was taking pics with fans and snapchatting the event, as he was judging a skipping competition, when the incident took place.

"Thanks for your concerns, but there is nothing to worry about," he wrote on Twitter.

"I thought I was just jostled by the crowd, which happens a lot. I only realized I was kicked when I saw the video like all of you. I’m just glad the idiot didn’t interrupt my Snapchat."

Trust a Legend to care more about his Snapchat than his own safety LOL.

This attacker must've been on some kinda drugs -- cause you gotta be either "high" or stupid to attack Arnold...with all his bodyguards standing around.

Have you seen the size of his bodyguards? Dayum....

Just look at the way the attacker was man-handled by one of 'em...sheesh, my jaw would hurt. 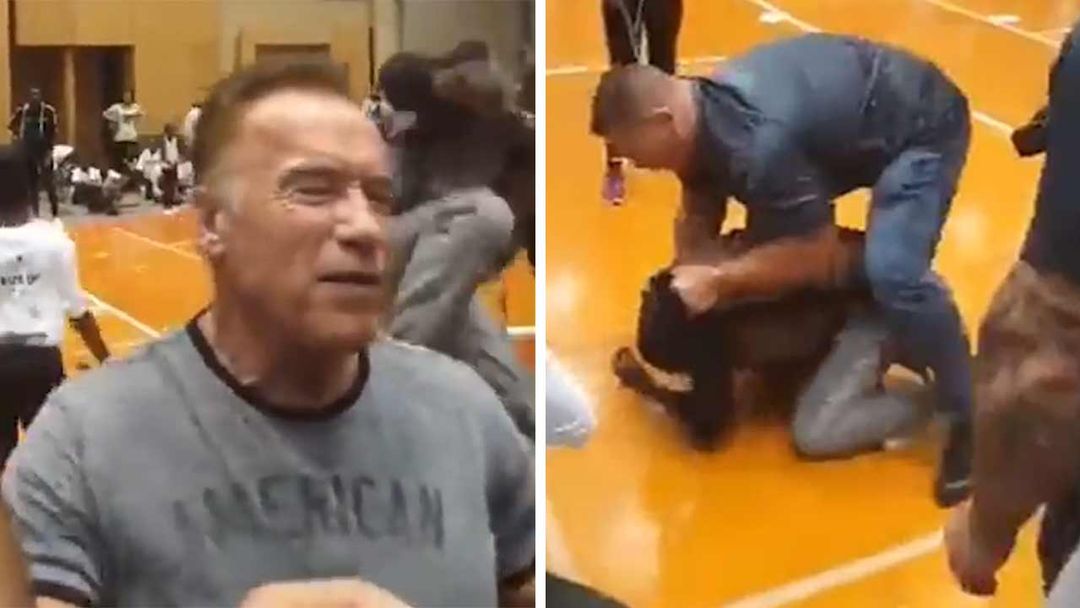 Anyway we're glad Arnold is fine -- but I don't think that attacker would be getting his Lamborghini anytime soon...