10 Signs To Spot A Fuccboi

10 Signs to Spot a Fuccboi

F*ckboys are sly sneaky a-holes who plays around with girls' feelings until they get what they want (usually when in a sexual relationship -- WOW shocker there...).

Girls, if you're born with that intuition, you'll just know if he is one.

However... there are some 'boys' (cause they aren't matured enough to be called men yet) who don't realize that they're one of 'em!

For girls who are new to the scene, here’s a guide to save you from a heartbreak or two (or gawd knows how many you've fallen for); but heyyy.. if f*ckboys are your thing.. who am i to judge?

Here's How to Spot a F*ckboy in the Wild!

1. They are OVERLY concerned about how you spend your time.

2. They want to be in EVERY part of your life.

"hey can i join u i'll keep u warm

"awww i know you'll have more fun with me around"

3. They are always concerned about your UNDIES. 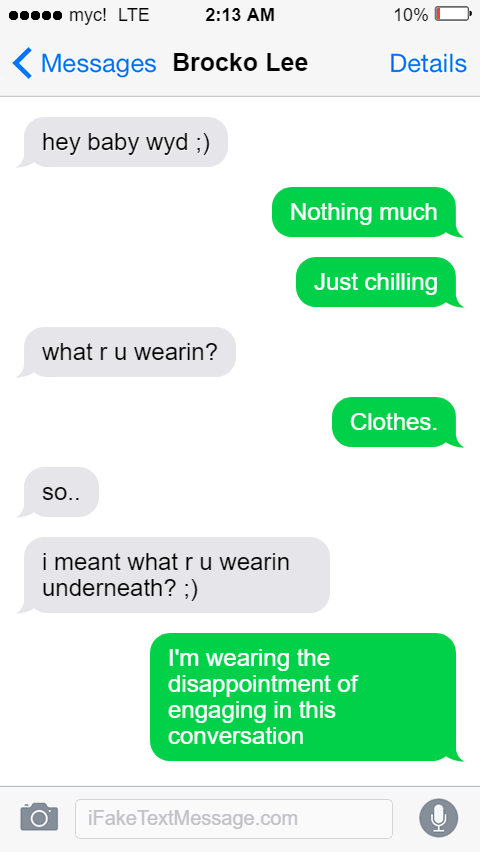 I don't even remember what I'm wearing underneath (or if I even wore any) most of the time, but why you so 'kepoh'?

4. They're DIRECT to the point.

"Girl, I wanna see those clothes off ;)"

*BONUS POINTS if he sends you unsolicited d*ck pics.

(That's even IF there's anything to be seen...)

5. He FEIGNS interest INto you.

Whatever conversations you two are having, he would turn the conversation into a sexual topic or just talk about his wanker. Pfft...

(with the smaller brain, of course)

6. Somehow, he’s the best person whom HE has ever met. 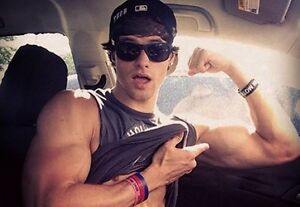 "Crazy girls are drawn to me."

Basically he's trying to say "You're lucky I'm talking to you."

Okay, say whatever you want... I'm so NOT gonna fall for it.

Have you ever received a "Hey Girl you up?

It's not like he works the night-shift or anything... he's probably scanning through his sexy hit-list whenever it's convenient.

Nothing but a "junk mail" to spoil your Good Night Sleep. Geddit?

8. The attentive comments they give to your PHOTOS.

"Gorgeous.. are you single yet? Haha"

9. When their social media is flooded with SHIRTLESS SELFIES.

**Bonus points if they do the ‘thinker’ pose.

10. When they've gotten your attention, they "VAMOOSE".

When you fell for his trap and thought that he's really into you, he throws any one of these lines:

"I don't know if I can commit right now."

"Is it what you're thinking? That we're an item?"

It's alright, he's not worth it.. You know you deserve someone better.

Girls, steer clear of these d*cks in the future! Don't be a 'plaything' to these creatures.

...and as for you guys who are reading this, which are you? 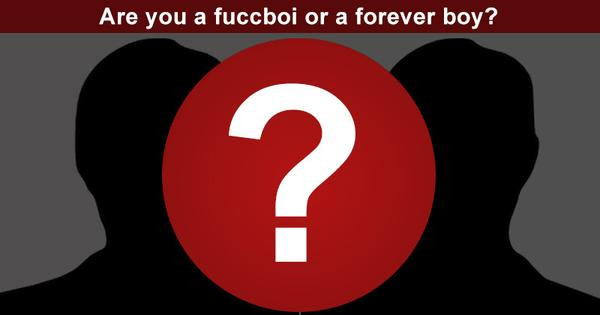 Treat your girl right before some other guy does it for you.

Remember, you're NOT irreplaceable